Are Mosner an expressionist with the painting reflecting only malaise's and troubles ? Granting that the closeness with the fauvists, the expressionists and even the actors from Die Brücke is palpable. The witnesses are feverish rhythm, the stridence of the palette, the latent and even sometimes manifest erotic. Again granting, the graphical tension brought to its edge and voluntary deforming, the roughness of certain situations approaches Schiele, as are close to Soutine the chaos of his pathos intuitions, and to Dix the world of profiteers end harlots that he directs. Closer with no doubt, the cavaliers of Blaue Reiter: the symbolism of Marc, the coneption of the form within space of Macke, the strident colors of Jawlensky… We could even, conjugating palette and nostalgia of paradise lost, invoke the shadow of Gauguin. But what for ? If Mosner flirts with expressionism, if he's close to the definition supplied by Mabuse : "It's a game without signification, but that's how life is", if his manner "caricaturist" associates him, non doubts that he's completely stranger to the violence of a Grosz, to the mordant of a Beckmann, to the despair of a Schmidt-Rottluff. The humour of Mosner, his world-vision and even his anxieties, keep a freshness and an ingenuity that distances him forever. Through the years, his painting has become notably simplified, slightly deconstructed. Mosner has blackened a thousand pages, painted a thousand pictures, drawn a thousand posters, pressed a thousand lithographs, shaped a thousand sculptures. Here he is face to the one thousand and one and to all that follows and results. Buenos Aires is leaving him as is leaving him this sentimental melancholia so argentine. Beyond the first thousand, beyond the infinite, counting one thousand and one - infinity plus one - awaits already the tragic pain of painting.
- Gilles de Bure. 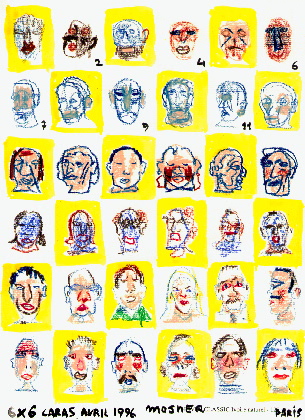 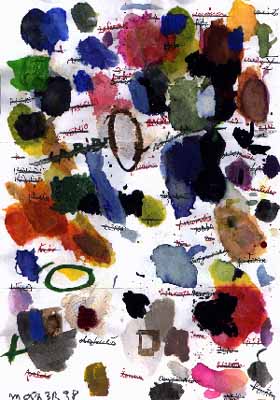 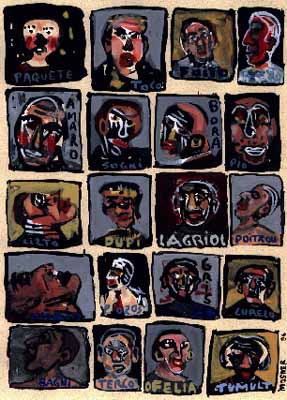 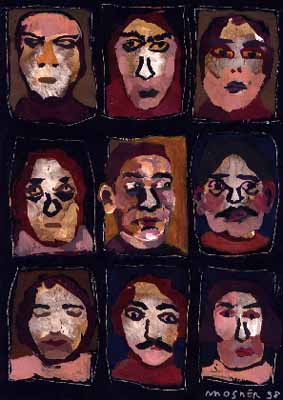 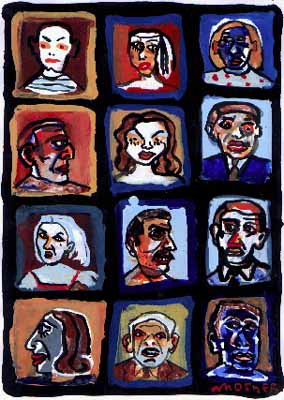 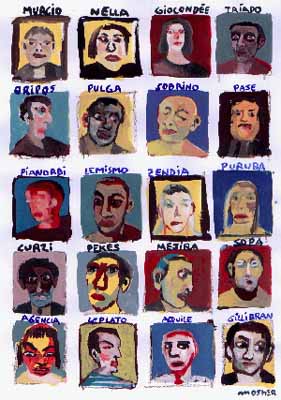 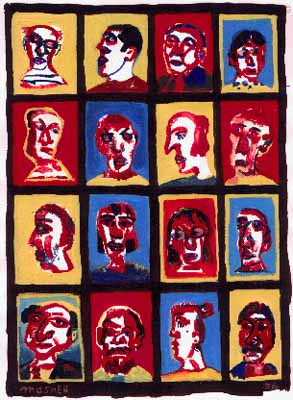 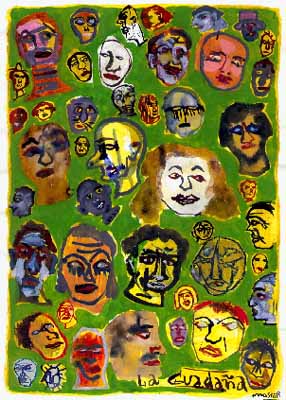 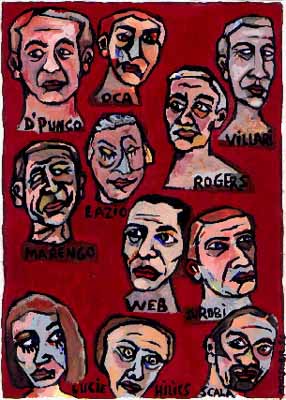 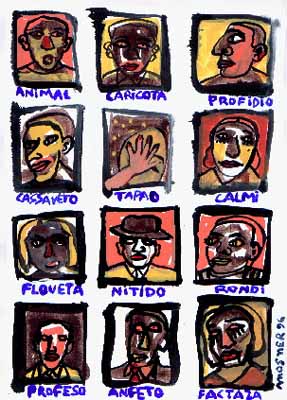 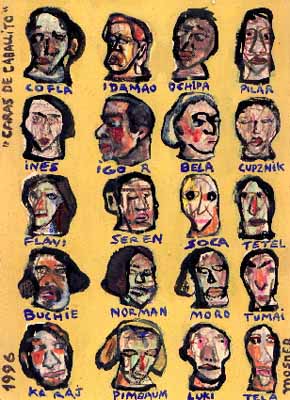 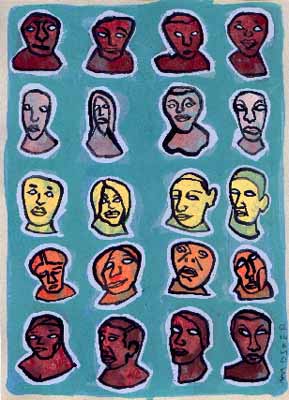 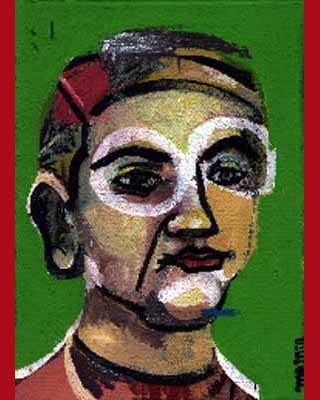 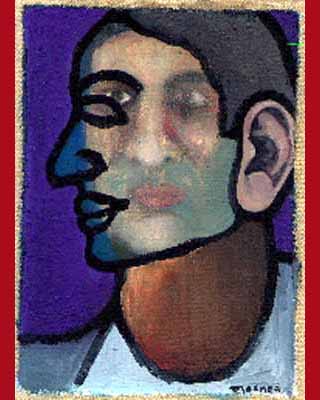 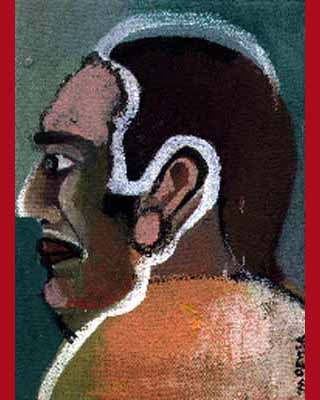 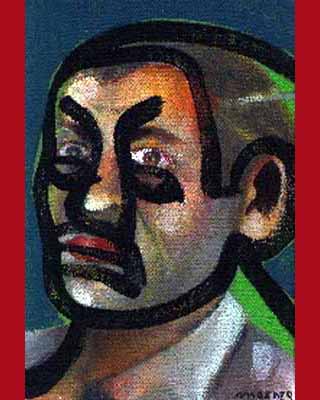 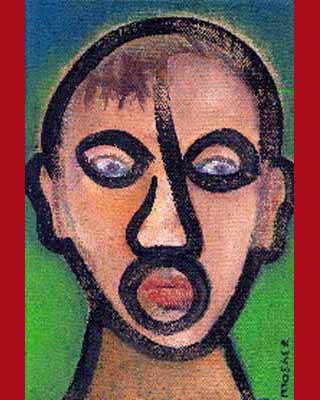 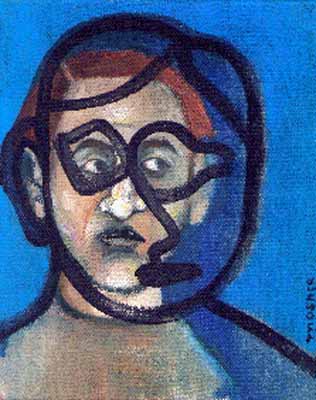 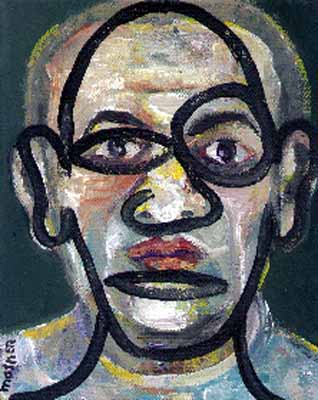 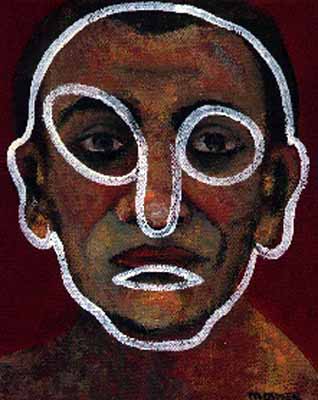 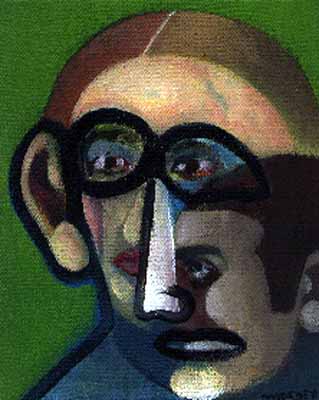 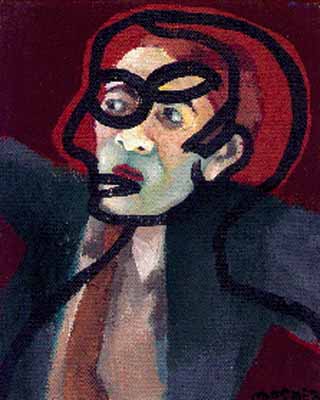 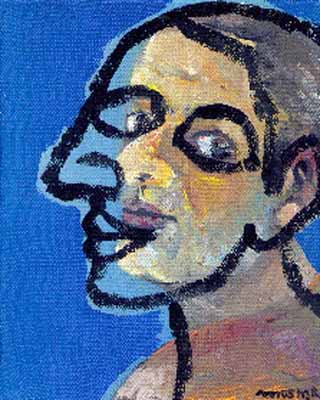